If you’ve been following Illinois budgets for some time, it’s déjà vu all over again.

An unbalanced budget. No reforms. More spending. And of course, more tax hikes. 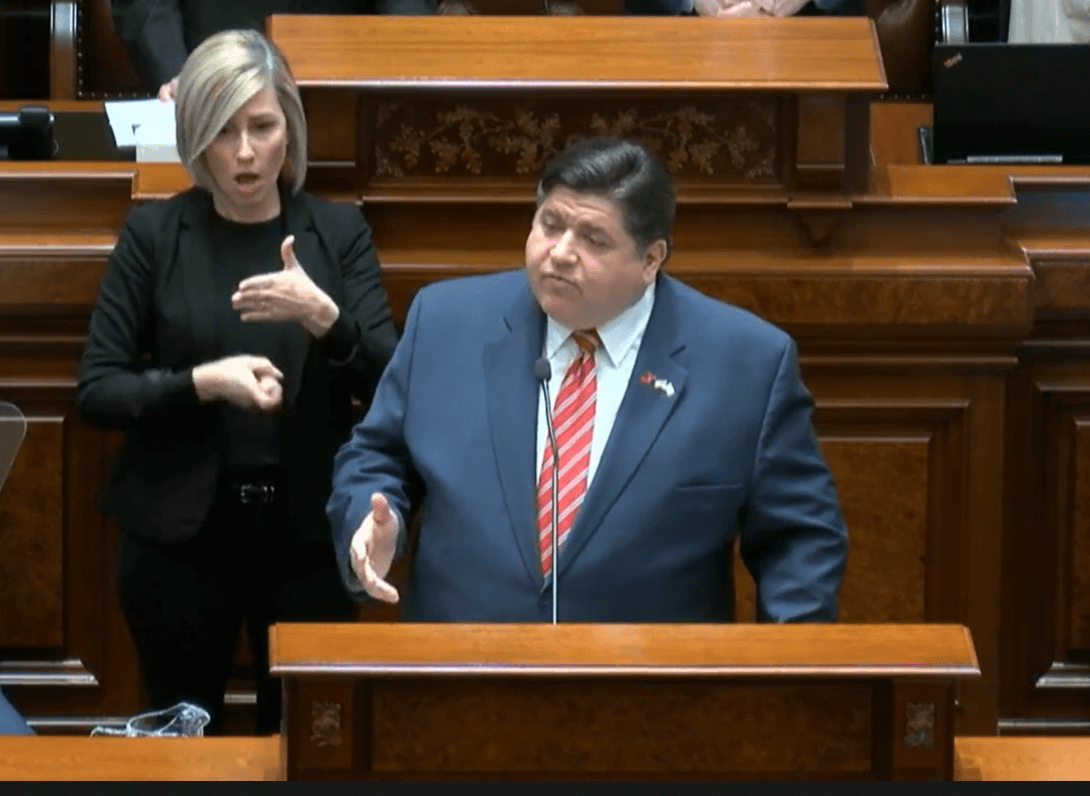 Gov. Pritzker unveiled his $42 billion state budget for 2021 this week. The budget increases spending by $2 billion, or 4.1 percent, over 2020 and relies on the passage of a progressive tax amendment to appear balanced.

In his speech, the governor once again rejected any attempt to get retirement debts under control through a pension amendment, insisting instead that a progressive income tax is a panacea to Illinois’ problems.

This is not a budget for a state that’s just one notch from a junk credit rating. It’s not a budget that deals with the nation’s worst pension crisis, the 2nd-highest property taxes, the 2nd-worst rate of out-migration and falling real home values.

Instead, it’s a budget that gives billions more to a political class that has proven to be the most corrupt in the nation. That will only invite more abuse.

Here are some key facts:

One of Governor Pritzker’s most egregious comments during the address was his condemnation of a constitutional amendment for pensions as a “fantasy” because it would be thrown out under federal law.

He’s either dishonest or uninformed, because recent experiences in Rhode Island and Arizona prove otherwise. The real fantasy is expecting Illinois to right its fiscal ship without real pension reform, which requires either a constitutional amendment or bankruptcy.

Pritzker also said that if the progressive tax amendment is voted down, state discretionary spending will have to be “inevitably cut” by 15 percent. If he put that question to voters they’d say they want cuts, but not in the areas Pritzker is threatening.

Pritzker’s talk of cutting state spending is what Illinois actually needs – but the cuts need to come in the right places. Pritzker is wrong to threaten cuts to the core services Illinoisans need. Instead, he should champion structural reforms: the consolidation of local governments, a push for a pension amendment, a drop in labor costs and a significant reduction in mandates on municipalities.

One last thing. Here at Wirepoints, we don’t think the problems in Illinois are insurmountable. But what we do think is that they are much more severe than Pritzker admits they are.

What we’re arguing is that those problems need to be truly addressed. And that’s something Pritzker hasn’t done.

Read more about Illinois’ bad budgets and its financial crises:

Move out of Illinois as soon as you can. The day the movers show up will be the first day of a new better life. Illinois is DOA, no hope what so ever. All the huge pension money is going to Florida. Only the mentally challenged stay in Illinois. Taxes are not just going up, but way, way higher. Do you children the biggest favor of their life, and MOVE ASAP. The Greed of Cops, Teachers, and Firemen have destroyed the quality of living for the honest hard working taxpayer. And best of all the do not appreciated at all,… Read more »

” Here at Wirepoints, we don’t think the problems in Illinois are insurmountable.”

Sober up. Bankruptcy, here we come.

States can’t go bankrupt. There literally is no mechanism in the law to do so. Chapter 9 Bankruptcy allows municipalities, and other broadly defined municipal organizations, to go bankrupt, but the state has to opt in. California and Michigan allows Chapter 9 (Vallejo/Detriot) whereas Illinois has not authorized it. I think the way to handle it (and I’m no chapter 9 expert) would be that the pensions fund themselves go Chapter 9 to reduce their pension obligations. The federal courts aren’t bound by the IL state constitution pension saving clause. The pension fund therefore has its future obligations cut, and… Read more »

I’m going to suggest how the IL public pension fund trustees and pensioners as a political group might react. I recall reading on Wirepoints perhaps nearly two years ago that any ploy to have the federal government allow states to declare bankruptcy that is presumably due to their obligatiions to their pension funds being underfundd for many decades as has been the case in IL might well be interpreted by the federal courts as not so much the state in quesition being bankrupt but having financial difficulties with purposely mismanaging their pension systems by putting too much money toward other… Read more »

You’ve explained this process very nicely, and I agree with the basic idea of it. Where it may go awry, though, is that your proposed all-too-quick bankruptcy request gives the clear appearance of a shyster-lawyer sham, a work-around to avoid a constitutional objection. Still, it may be approved by the courts for all I know. But, my feeling is that if this quasi (crazy) corporation operated in full faith for a more believable amount of time with at least normal state funding then the bankruptcy step for it would appear more reasonable and necessary. Doing that bankruptcy without making a… Read more »

He has orders to continue down the Democrats “Scorched Earth Death Spiral” process, raising taxes in the face of people and capital leaving due to oppressive taxes and government coercion.

This governor is a completely idiot! He has no idea how to run a state or anything in government. He is a crook just like the rest of those Democrat idiots! You need to have things that will attract business to the state not run businesses and people out it doesn’t take a rocket scientist to figure that out!

Ted & John – has anyone considered challenging the validity of the IL’s full debt load there is a strong argument that much of the debt issued via pensions is non-compliant with the State constitution’s provisions towards debt (60% approval of state congress, 5% max per year and 15% max in case of emergency). ??

2
The Truth Hurts
Reply to  Mike in WI

Considering the courts have already ruled that pensioners have no right to any specific funding level only that they receive their promised pension I’m not sure that would work. The courts have all but blessed this form of borrowing. Technically it doesn’t need to be in the budget other than the amount needed to pay current pension payments. That’s why it’s so easy to borrow.

Wirepoints again distinguishes itself as the leading authority on accountable government and sound policymaking.

What do Christmas trees have to do with pensions? I read a piece about why christmas trees were so expensive last year. It takes 10 years to grow trees, and after the crash of 2008, nobody was planting trees. So 10 years later, there are few trees to buy except for the overpriced aluminum trees at Target and Kmart. Good grief. It’s the same thing with fixing pensions, you have to start somewhere and then it takes a long time to bring budgets under control. But politicians would rather talk about quick-fixes, or just let the debts pile up, like… Read more »

If the governor shows the type of restraint with government that he shows at an all you can eat Buffett, we will be on our way to a serious “diet.”

The only solution for Illinois is Bankruptcy. it is inevitable so the sooner it happens the better.

exactly and why I say stop paying RE Taxes now. If only 1 million of us would do it with this installment due March 3, 2020, they would be on their knees instead of us. Then what springers? You can lean and repo 1 million homes and give them to the welfare moms and the illegals but that won’t get your salaries and pensions paid. And fired eddie johnson will be getting $15,000. per month in pension. Poor guy, punished so severely. Daley is getting over $50,000. per month. Hope eddie complains.

5
The Truth Hurts
Reply to  DantheMan

Not only do the voters not feel trapped but they have supported JB’s plan of increased taxes and spending. It wasn’t like he ran on fiscal austerity. The progressive tax increase is completely in the voters hands. If it passes then this is exactly what the voting majority wants. It’s not JB’s fault it’s the will of the voters. The majority appears to want more of your money to go to things that you despise. Why would they ever change their mind? They have little and believe the best way to get more is to make those “evil” rich people… Read more »

a DantheMan, has said ‘starve the beast’. Not paying real estate taxes is one good grassroots movement way. Anyone notice that the majority has been moaning about this for years and the all powerful minority just sticks up their collective middle finger and raises taxes ad infinitum? .

October 22, 2020
Illinois' wealthy don’t need defending. They know how to take care of themselves just fine. But don’t assume that a tax hike on them will be a free lunch for the rest of us. If too many wealthy leave, our reform-shunning legislature will only have one place to make up for the loss in tax revenues: Illinois' middle-income earners.
View Comments (5) | Add Comment